Under Backbench Business, the House of Commons debated the effect of the COVID-19 outbreak and the abolition of Public Health England on achieving a smokefree England by 2030.

The discussions featured knowledgeable politicians from both sides of the house who support vaping and argued for it to be further promoted to current smokers.

Mary Kelly Foy, MP for Durham, gave an introductory speech where she raised the subject of the restructuring of regulations and the consultations that need to be carried out for the treatment of vaping once the UK marks its departure from the Tobacco Products Directive.

Her speech was praised by Liz Twist, MP for Blaydon, continued with questions about the tobacco control plan, the aim for a Smoke-Free 2030, the Saving Babies Care Bundle, a national strategy for reducing smoking during pregnancy, how mental health trusts can be encouraged to follow NICE guidance better, and what steps the advice smokers with mental health issues receive can be more focussed on evidence-based statements.

“E-cigarettes are a major opportunity to help more smokers quit,” she said, “particularly those with high levels of dependency – common among smokers with a mental health condition. E-cigarettes have been shown to help smokers successfully quit at greater rates than traditional nicotine replacement therapies, and to be popular quitting aids.”

Liz Twist praised the Cumbria and Northumberland Tyne and Wear Mental Health Trust and the Tees Esk Wear Valleys Foundation Trust for numbering among those who do offer vaping products as treatment options to their patients.

“These Trusts have not only shown leadership in treating tobacco dependency, and implementing national guidance, but real pragmatism around vaping – which could save the lives of many smokers with mental health problems who may otherwise not be able to quit smoking.”

She highlighted that this pragmatism isn’t found in many trusts, which insist on treating vaping like smoking and attempt to dissuade its use on their sites.

A soon-to-be published study by Action on Smoking and Health has found that 46% of mental health nurses and 66% of psychiatrists have received no training on vaping, and this has led to a pervasive culture of ignorance and doubt over the role ecigs can play in harm reduction and smoking cessation.

Next to speak was Steve Brine, once affectionately known as “The Minister for Vaping” when he served in Cabinet. He told the house how he still holds strong concerns about the plans for the reorganisation of Public Health England (PHE), although those plans may be subject to change now that Number 10 has carried out a flurry of staff changes recently. Much of what he said on vaping appeared to demonstrate he had taken on board a recent letter [link] sent by the consumer charity The New Nicotine Alliance.

“On these issues [of tobacco harm reduction], I always knew there would be somebody who knew infinitely more than me inside Public Health England, and I do not want to see that wasted.”

He urged the Department of Health to reconsider the removal of functions from PHE, the need for new units to include the otherwise lost expertise, and referred ministers to a recent paper by Policy Exchange, on how a new deal for public health can build a healthier nation. Part of this, he argued, was the reintroduction of ringfencing for the public health grant.

This doesn’t mean more unfunded spending commitments, according to Brine, and he raised the subject of making the polluter pay once more – getting the tobacco industry to pay for the measures needed to further reduce smoking in the UK.

After praising measures taken by Tony Blair’s government, the Tory minister added that tobacco harm reduction products have a major role to play in achieving Smoke-Free 2030.

“When I was in office, I was frequently criticised for not promoting them enough and for promoting e-cigarettes too much as an alternative,” Brine continued. “That suggests to me that I may have had the balance about right.”

Data from the ONS tells us over half of current smokers want to quit, and while many have quit through vaping over half of those who try don’t stick with it. Brine asked the minister that as tobacco policy has been driven by Europe in the past, “what opportunities Brexit brings to advance our leading role in tobacco harm reduction. We may be leaving the political structure of the European Union, but I sincerely hope we are not leaving our leadership role in this area when many, many countries around the world look to see what the UK does.”

Steve Brine went on to call on the government to seek out independent evidence regarding heated tobacco products “as soon as possible”, because smokers needed access to facts to support a confident choice in switching to a less harmful alternative.

He said this was essential as “smoking adults misperceptions about vaping may be preventing smokers transitioning to less harmful alternatives.”

As vaping has stagnated, Action on Smoking and Health has also blamed this situation on the misperceptions being spread about vaping. He said legislation should be “risk proportionate”, reflect “the scientific evidence”, and “based on the relative harm of cigarette alternatives”. 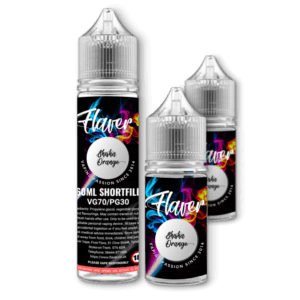 We pick a random winner each month! The draw takes place on the 29th of each month and the winner will be notified via email.

Flaver is a responsible e-liquid retailer and we utilise a well established age verification process for all new orders.